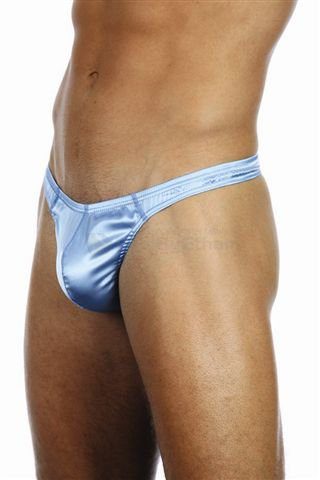 It is said that fashions and trends in clothes come and go and they rarely last. But one style of sexy men’s underwear that is here to stay is thong underwear. Thongs look great on the wearer and give a certain edge to him as well. Wearing thongs mark the wearer out as being bold and hip. Thongs are thus becoming increasingly popular in underwear fashion for men. Go and flaunt your bold side by grabbing a pair of thongs from your favourite online men underwear store.

The loincloth is supposed to be the precursor of all types of men’s underwear and the design of the thong underwear seems to be the direct reflection of loincloth underwear. The concept of the thong revolves around showing a lot and yet keeping the climax to itself. However, the preview leaves room for plenty of speculation.

It is said that thong made its first public appearance at the World Fair of U.S.A. in 1939 with the declaration made by New York’s Mayor Fiorello LaGuardia about covering up the city’s nude dancers. The formal introduction of the thong was made by the famous and forward designer Rudi Gernreich in 1974. Soon after Fredericks started selling thongs, other brands followed suit.

The various brands and fashion houses have their own unique touch to the concept of thong underwear with their innovative styles, prints, materials and colours. These different colours also come with different textures, appearance and comfort levels. The materials that these brands experiment in include lycra, spandex, nylon and their mixes in varying proportions. These mixed materials give the wearer a good fit and some of the mixes lend a great sheen to the material. Mesh is also a type of material which is becoming a popular form for experimentation in mens underwear. The boldness of it being see-through further adds spice to the already bold thong. The materials used are not only stretchy and comfortable with great airflow, but they give you a great fit by snugly covering the area.

If you want your back to look narrow, wear string thongs. Those who want a lift so that their package gets enhancement and perfect shape should go in for launch thongs and bulge thongs. C-rings also give great fit along with enhancement. 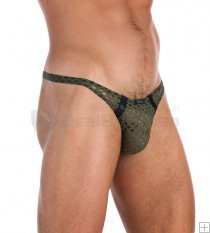 There are almost 150 different kinds of thong underwear to choose from. Opt for solid colours or if you want to add spice to the naughty and fun quotient on the type of men’s underwear go in for bold prints like leopard and jungle. Rainbow prints look really fun and vibrant, while camouflage printed or checks and stripes give a great look as well.

The pouch of the thong often has a hidden opening, offering support and lift to the frontal portion. The lack of liner in some types of thongs makes them an excellent option for wearing them as swimsuits and sportswear, along with using them as plain men’s underwear.