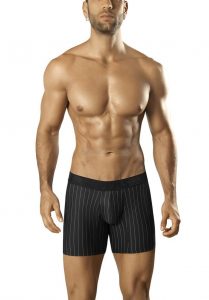 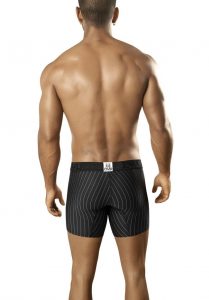 Any man who procures a Zylas Stripes Boxer Brief Underwear will prefer it above all other underwear. One of the major reasons is the fabric that is chosen to create this underwear. The fabric consists of nylon (83%), polyester (10%) and spandex (7%). The presence of these materials in appropriate proportions ensures a great fit, perfect tightness and the right amount of elasticity. Unlike ordinary boxer briefs that were available in typical colours, this boxer brief has unique vertical stripes, which makes it quite appealing. The spacious pouch gives maximum support to your package, while a considerably broad waist strap with the brand logo provides added support and tightness.