Gone are those days when gender used to be confined into watertight compartments of black and white, and things were strictly divided into two categories- male and female. However, things have undergone massive changes and gender as a concept, has seen some major seismic shifts. There is nothing strictly male or female, and we have started perceiving the world with a queer eye. And the greatest proof of our argument, if anyone was looking for it, can be seen in the ways fashion has changed over the last few decades. The fashion industry has increasingly blurred the lines and smashed the concept of heteronormativity. Sartorial choices have expanded, and people have several options to choose from when it comes to clothing, regardless of their gender. Gender-neutral clothing is the future that we are collectively working towards, and this is what this article shall explore in details over the next few segments. 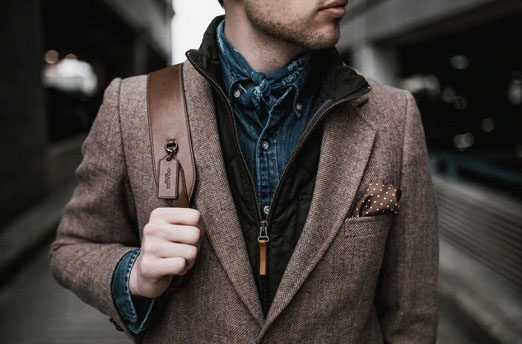 Tracing the lines of fashion dating back to a couple of centuries becomes imperative when we have the job of providing an insight into the rise and evolution of gender-neutral fashion. Have a look at the 19th century. Corsets, long flowing dresses, gloves and top hats were the flavor for women’s fashion. Men would be neatly suited up and cut a dapper look. No one back then could imagine women in pant-suits or men in plaid skirts. But, now, plaid skirts and a pop color palette on men is a thing, and muted colors and pant-suits on women steal the show. This is how fashion has evolved and has blurred the thin lines of gender. Androgynous dressing is the reigning token, and the fashion industry has been encashing this token to reap humongous profits.

There are several brands that have completely changed gears and shifted their focus to gender-fluid fashions norms. In fact, the usage of the word ‘norms’ would not be wise since these brands do not abide by fashion norms anymore. It is all grey, and you are free to choose whatever you like. You are free to be whoever you want. For instance, have a look at Collect Interior, which is a brand that caters to the fashion requirements of him, her and them. The brand has a myriad of options for you to choose from, irrespective of whatever gender you identify with. And this is what has been pushing the brand to the heights of limitless success. Once a brand starts coloring outside the lines, there is so much fashion that can be explored and experimented with. Who says what is proper? Who says that pink is for women and not men? Fashion today, has no rules, and that is what makes it open to new possibilities and avenues. The lesser human beings complicate choices, the better it is for the human race to march towards progress. 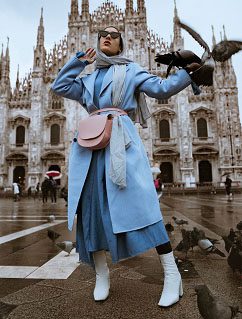 End Notes: It’s All in Grey:

A gender-neutral approach to fashion has resulted in the fashion houses to play with themes, colors, subjects and patterns in clothing. Fashion no longer conforms to heteronormative schools of thought. Men can wear skirts; women can wear skirts- everyone can wear skirts. And this is not an idea that only cross-dressers abide by. This is something that the entire world is adopting into the mainstream, and with much gusto and panache.